How fitting for President’s Day to write a piece about the presidential election going on in 2012.

Now, I have not been following the cooky Republican Primary with much attention, but I don’t think I have heard the word “compassion”, much less the more descriptive phrase of ‘Compassionate Conservative’ from any of the candidates. From my vantage point it seems that you have to be CONSERVATIVE to be in the Republican Party and the meaner, more conservative you can be on issues for women, immigrants and the poor the better! Who decides this stuff for the republicans, anyway?

I have said this privately to a few and I’ll go on record today that I predict Obama wins in a landslide. Not that Mr. Obama isn’t vulnerable on certain issues, but the Republicans are in disarray and the President has a few winning hands that he will and should play. 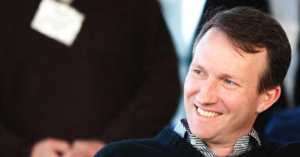 I am a Co-Founder of True Ventures. I serve on the Board of Automattic (WordPress), Kurtosys, Stitch Labs, HelpShift, Inventables, and About.me.

I’m a product of Oklahoma, a Stanford alum, I love art, travel and have been known to consume a Bordeaux or two. My favorite place outside of San Francisco is London.

For more, you can check out About.Me profile page or my Twitter stream and profile under @MrVelvet.